The 9/11 Attacks: A Retrospective and the Federal Response

This course provides a strategic overview of the historical events that led up to the 9/11 attacks, principally focused on the emergence of al Qaeda and the jihadist terror threat in the 1980s and 1990s. It then reviews the critical events on the day of the attacks, before surveying the government’s response to the terrorism threat, how the threat evolved during the ensuing years, and how 9/11 led to the creation of the modern homeland security enterprise in the United States.

Participants in this course will develop a strategic understanding of the events that led to the 9/11 attacks including both the origins of al Qaeda and the shortcomings in the government’s response to the jihadist terror threat it posed. The course also will provide participants with insights into how U.S. political leadership viewed the terror threat in the aftermath of the attacks and responded to the threat. Through a chronological discussion of key events and decisions, participants will obtain insights into how the terrorism threat influenced important decisions such as the military actions in Afghanistan and Iraq, the passage of the PATRIOT Act, and the implementation of counter-terrorism programs. Participants will also be challenged to consider the effectiveness and appropriateness of the government response through discussion of major challenges and public debates attendant to its actions and to understand how 9/11 shaped the homeland security enterprise that emerged and continues to evolve today. 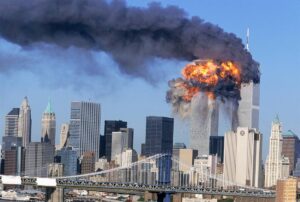 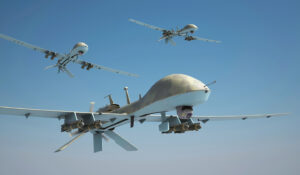 The Evolution of the Terror Response & Threat

Alan Bersin has held numerous high-level positions at the U.S. Department of Homeland Security and U.S. Department of Justice. Most recently, after serving as the Commissioner of U.S. Customs and Border Protection, Bersin served as the Assistant Secretary for Policy and Chief Diplomatic Officer for DHS. Previously, he was the U.S. Attorney for the Southern District of California. He also served as a Vice President for the Americas and on the Executive Committee of INTERPOL. Bersin is a Global Fellow with the Wilson Center and a Senior Fellow with the Belfer Center at the Harvard Kennedy School.

Ben Rohrbaugh has been at the forefront of border and supply chain security and advancing U.S.-Mexico relations for over a decade. Rohrbaugh held senior policy positions at the U.S. Department of Homeland Security and U.S. Customs and Border Protection, and he was a Director on the White House’s National Security Council where he developed policy on border and supply chain security issues. Rohrbaugh is currently a Fellow at the Strauss Center for International Security and Law at the University of Texas-Austin, and he is the author of the acclaimed More or Less Afraid of Nearly Everything: Homeland Security, Borders, and Disasters in the Twenty-first Century.

The Growing Threat
The Attack
The Evolution of the Terror Response & Threat
Share this course:
Scroll to Top