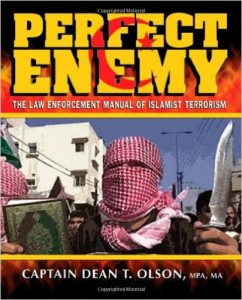 On September 11, 2001, America’s 700,000 law enforcement officers were forcefully introduced to a new era in policing after Islamist terrorists perpetrated the most savage and horrific terrorist violence ever on American soil. In spite of the post 9/11 proliferation of information about Islamist terrorism, many law enforcement officers remain uninformed about the nature, scope, and reality of this threat. Even the FBI (America’s lead law enforcement agency in the struggle against Islamist terrorism) fails to arm its agents with accurate and comprehensive information to understand this patient, merciless, and fanatical foe. This manual was prepared to address this knowledge void by explaining the underlying politico-religious motivations that drives Islamist terrorism. It contains chapters that explain Islamist terrorism and describe the history of Islam and the Prophet Muhammad. The tenets of Islam and the ideology used to justify terrorist atrocities ranging from suicide/homicide bombings in Israel to the slaughter of school children in Beslan, Russia are documented. The history of Jihad, the oldest and most successful international Islamist group in the world, and how this group has established an effective subversive apparatus in America that works tirelessly to dismantle our democratic freedoms is described. The text explains that by using a “soft” form of Jihad, this group seeks to destroy Western ideals and democracy with the goal of replacing them with a fascist totalitarian ideology to obtain world domination and the forced imposition of a seventh century politico-religious system of law. The radicalization process that can lead apparently well-integrated Muslim citizens to terrorism is discussed, including the Taliban and al-Qaeda terrorist groups. A summary of comprehensive information detailing the Islamist groups active within America and the dangers they pose to Homeland Security is provided. In addition, the Appendices contain an Arabic Name Analysis, Ritual Prayer-Salat, Jihad Holy War Verse in the Koran, Jihad campaigns in history, “The Last Night” letter by Muhammad Atta who was the leader in the 9/11 attacks, and an explanatory memorandum on the general strategic goal for the Muslim Brotherhood in North America. Perfect Enemy provides unbiased and accurate information to acquaint our law enforcement officers and Homeland Security officials with the Islamist mindset and threat. Knowing our adversaries is a fundamental first step in defeating their violent intentions and ensuring our survival, peace, and safety.

Dean Olson is a graduate of the Master’s program at the Naval Postgraduate School Center for Homeland Defense and Security.