In a surprise ceremony, CHDS Director Glen Woodbury and longtime CHDS faculty member and former NPS Dean Jim Wirtz, who collaborated with Simeral at the Center, presented the award including a plaque and a medal after Simeral’s presentation to an Emergence cohort.

Woodbury explained that the award presentation was postponed for nearly two years after Simeral’s retirement from NPS and CHDS in March 2020 because it was the first opportunity to conduct an in-person award ceremony due to the COVID pandemic restrictions.

“Unfortunately, your award came just before COVID so this is your official award ceremony,” Woodbury said, noting that Simeral was his first instructor when he joined the first CHDS Master’s Program cohort in 2003. “This is the first chance I’ve had to present it in person.”

With the Emergence cohort and faculty standing during the award ceremony, Woodbury read from the inscription on the award plaque signed by NPS President Vice Adm. Ann Rondeau, including the following: “For sustained civilian meritorious service while serving as Senior Lecturer for the Intelligence Services and the Center for Homeland Defense and Security of the National Security Affairs Department at the Naval Postgraduate School (NPS) in Monterey, California, from February 2004 to March 2020.”

Simeral’s dedication to instructional activities had a “deeply positive and lasting impact” on CHDS faculty and students, according to the award, and will “leave a legacy of contributions to the nation.” 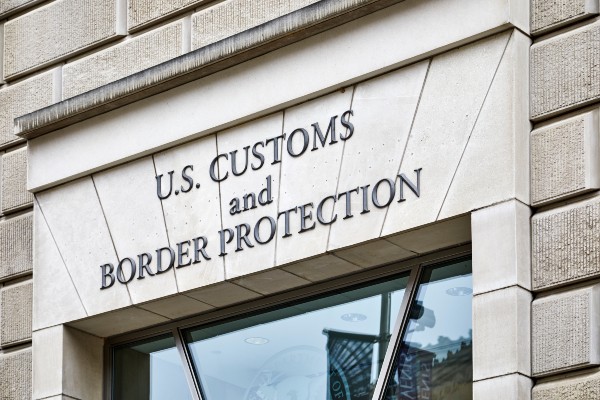 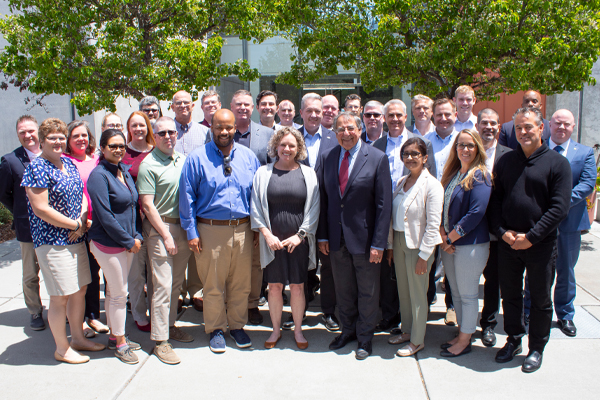 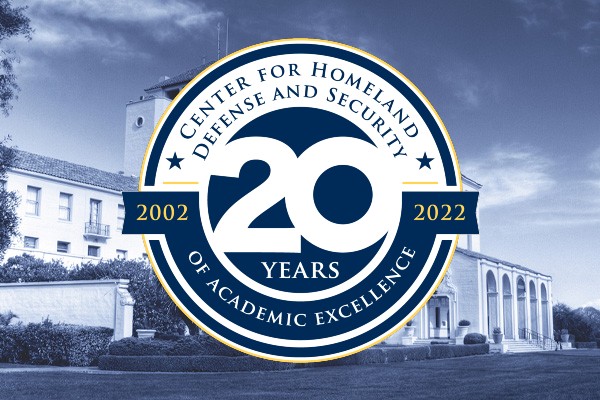