The Naval Postgraduate School (NPS) held a remembrance ceremony on the morning of September 11, 2019 to commemorate the World Trade Center attacks that claimed nearly 3,000 lives eighteen years ago. Two students currently enrolled in the Center for Homeland Defense and Security (CHDS) master’s program were invited to speak at the ceremony and share their experiences.

Timothy Rice is beginning Quarter 1 of the CHDS master’s program (cohort 1905/1906) and serves as the Battalion Chief of FDNY Hazardous Materials Operations. Chief Rice, a 25-year veteran of FDNY, was in Manhattan, NY when the attack occurred. He shared some of his personal experiences with those in attendance. Last year, Rice designed and organized a full-scale interagency exercise in New York City at the 2018 National Homeland Security Conference.

Laura Hughes is also undertaking her first quarter of instruction in CHDS master’s cohort 1905/1905. She was assigned to the U.S. Secret Service New York Field Office during the 2001 terrorist attack. During and after the attack, Agent Hughes was tasked with a bevy of responsibilities including establishing triage stations, rendering first aid, assisting evacuation efforts, and searching the debris for survivors and victims. “On that day, I bore witness to things that I never want to relive,” she said solemnly. 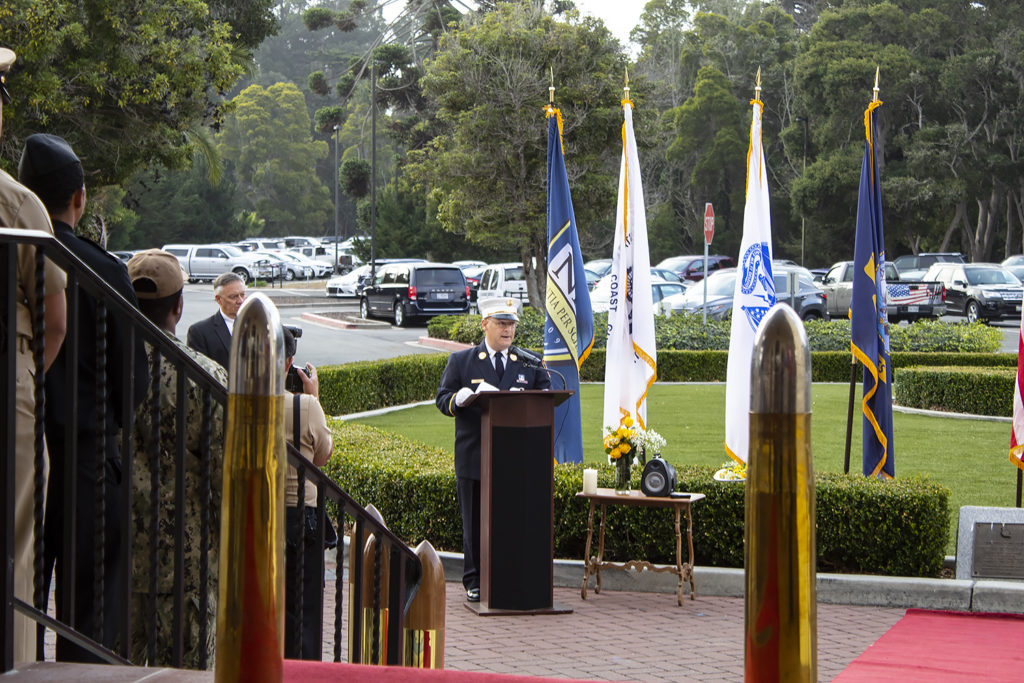