“Communication between agencies in a crisis extends beyond just the technical challenges…we need to understand our networks…we need to have layers of communication…and it all starts with training.”

Communication during a crisis is challenging within a single agency; communication between agencies is inherently more complicated. For Center of Homeland Defense and Security (CHDS) Emergence 1901 alumna, Patrol Officer Sara Khah of the District of Columbia Metropolitan Police Department (MPD), improving the communication capabilities of first responders across the District during such an event served as the focal point for her Emergence project efforts. Graduating from the third Emergence cohort in April 2019, Khah embraced the organizational change elements developed within the program to research and propose changes to current communication structures and training for incoming MPD officers. 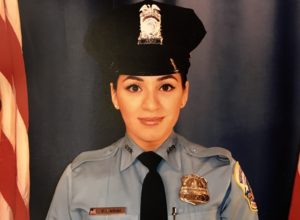 The opportunity to join Emergence cohort 1901 was one Khah enthusiastically pursued. After receiving the MPD’s endorsement from over 50 internal applications, she recognized the importance of maximizing her time at CHDS for the benefit of her agency and the greater cadre of District first responders. Khah stated, “following my selection to Emergence, I committed myself to identifying a gap in MPD…what were we lacking…what were we missing…these questions drove me to focus on communication.” In her four years in the 4th District with MPD, she recognized the complexity of inter-agency communication in the field. “Having to bounce between dispatchers to coordinate with incoming fire or other first responders produced delays and often resulted in misunderstandings,” Khah commented. With an established project focus, Khah approached the first of two Emergence in-residence sessions with an eye on developing the requisite skills to move her project from ideation to implementation. As such, the instruction delivered within the Emergence classroom rapidly transitioned from the academic to a tangible set of tools for effecting organizational change.

Khah returned to MPD after the first in-residence session ready to begin her dedicated efforts towards addressing the challenges associated with inter-agency communication. Applying the lessons from Emergence, Khah prepared and delivered a briefing on the project to Commander Ralph Ennis, Director of the Maurice T. Turner Jr., Metropolitan Police Academy, Captain Andrew White, Deputy Director, Lieutenant Arthur Davis, Director of Recruit Training, and CHDS Master’s alumna, Jessica Bress, Director of Continuing Studies. Khah commented, “Developing the skills required for such a pitch to leadership is a real strength of the Emergence program…the meeting was phenomenal and exposed new considerations for the project going forward.” Specifically, her research and discussions with leadership identified the existence of encrypted communication systems, mostly abandoned due to lack of training on their operation for front line officers as well as no dedicated communication plan to properly outline protocols to avoid communication overload on any singular, joint frequency. Understanding the propensity for the overwhelming volume of information passed on the airwaves during a crisis became exceedingly clear during Khah’s second in-residence session. 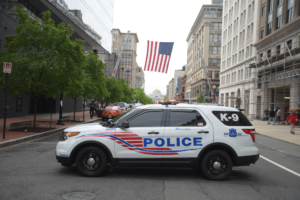 Discussing the communication challenges stemming from the 2017 Las Vegas shooting, Deputy Fire Chief, John Steinbeck of the Clark County Fire Department (Executive Leaders Program 1802 participant), highlighted the need for clear and concise communication during a crisis. With this real-world example, Khah honed her focus on addressing the communication challenges to the training provided within the MPD Academy. Specifically, issues surrounding the use of encrypted radios and the District’s hierarchical communication plan during a large-scale event materialized as the central themes of her efforts. Through her efforts, the discussions surrounding the modification of Academy training are ongoing and highlight the strength of the Emergence program through the development of the participants’ skills to effect significant and meaningful organizational change.

Summarizing her Emergence experience Khah commented, “the program reinforced and expanded my desire to identify and resolve problems…I learned to never stop asking the ‘what if’ or ‘why’ type questions that prevent us from being fully prepared or improving current processes and capabilities.” As she looks towards her future as a member of the homeland security enterprise, there is a definite desire to return to CHDS as a Master’s Degree student. Khah noted, “even though I already have a graduate degree, I am ambitious and hungry to continue learning…all programs at CHDS are demanding and I am looking forward to accepting that challenge in the years to come.”