For master’s degree alumnus Caleb Cage the biggest lessons learned for first responders and policy makers from the October 2017 shooting in Las Vegas, show that the basic tenets of emergency management increase the chances of success for first responders, and survivors. 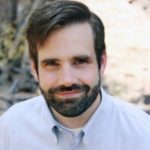 As Chief of the Nevada Division of Emergency Management and Homeland Security in the state capitol of Carson City, Cage works with local governments and businesses on security planning in the tourism-driven economy. The shootings resulted in mass loss of life and ranked among the worst in U.S. history, but the response has received high marks.

A comprehensive investigation into the shooting concluded August 3. Police found no motive for why the 64-year-old gunman loaded a cache of weapons into his Mandalay Bay hotel room and killed 58 attending a concert below on the Las Vegas strip, injuring hundreds more.

“I’m proud of the state’s role but it’s clear that the heavy lift was local boots on the ground where the local county did a spectacular job.” Cage said during a recent interview.

Since the event, Cage has spoken about the lessons learned, which were reflected in his NPS-CHDS thesis, “Nevada Family: Political Crisis Leadership and Resilience Narratives in the Silver State.”

The response reinforced the importance of local responders forming relationships and exercising plans long before a crisis occurs.

“The biggest lesson learned was that leadership at the community level – between law enforcement, fire, EMS and emergency management — prepared their responders for what I call pretty dramatic success,” Cage said.  “We saw police and fire executing a plan, a plan that had been in place for a number of years and exercised for number of years.”

The groundwork had been laid long before in the form of finding funding for ballistics gear and the training, which Cage attributes to leadership of Clark County Fire Chief Greg Cassell, Deputy Chief John Steinbeck and Sheriff Joe Lombardo.

“The trust that goes into that relationship and a shared mission for preparedness contributed greatly to the local success,” Cage said.

Another success was the immediate establishment of a victim’s family assistance center by local officials. That was helpful in locating loved ones as well as connecting survivors with appropriate resources to navigate the crisis such as mental health services. Cage credited Deputy Chief Steinbeck with the decision to open the center while the incident was ongoing.

“That was a crucial decision that allowed them to focus on response and it allowed them to transition to recovery while their responders were still active,” Cage said. “That was Chief Steinbeck’s decision and one of the most important decisions that facilitated overall success.”

The assistance center, funded by Department of Justice grants, transitioned to a resilience mission and continues operating with the expectation it will be needed for several more years.

There were areas where Cage sees the need for improvement. The state developed 72 policy recommendations that range from cyber safety to resort security to resilience. For example, Cage’s division operates five different grant programs, each with a different process. A new strategy will consolidate those programs to eliminate first responder silos and foster whole community responses.

Another challenge to be addressed is the delicate balance of sharing patient information in a way that aligns with Health Information Portability and Accountability Act, commonly known as HIPAA. Cage said he is working with Steinbeck to find policy solutions to identifying and tracking patients.

Participating in the NPS-CHDS master’s degree program was beneficial. Not only was the coursework relevant, it gave Cage time and space to analyze the 1 October 2017 shootings through an academic lens.

“The NPS-CHDS program taught me how to think strategically about emergency management and homeland security, which was valuable in creating legislative and budgetary recommendations,” he said. “It allowed our organization to learn from the challenges we faced and how the challenges would have been had we not had plans in place. The outcome of this event, our strategy and policy recommendations going forward are direct beneficiaries of their instruction and their ability to teach.”