“If you only see this as a cellular network with data, it would be kind of short-sighted. Public safety already has that,” said Ryan Burchnell, a master’s degree alumnus and Director of Strategy & Policy for FirstNet, built with AT&T. “The long-term view is that this matters because it fundamentally changes the way public safety communicates. Instead of working toward interoperability, this is the single, fully-operable network that all public safety agencies can use with the highest priority. It’s the same no matter where you go nationwide. It’s a single, purpose-built network unlike any public safety has ever accessed.” 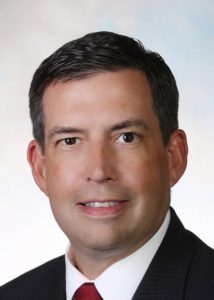 The 2012 Middle-Class Tax Relief and Job Creation Act created the First Responder Network Authority, an independent government authority to oversee FirstNet. In March 2017, that authority selected AT&T to build and manage the broadband network on behalf of public safety nationwide. All 50 states, five U.S. territories, and the District of Columbia chose to opt into the system as of the January 2018.

FirstNet is a public-private partnership between the First Responder Network Authority, an independent federal entity, and AT&T. The

First Responder Network Authority worked hand-in-hand with the public safety community to plan FirstNet. Along the way, the First 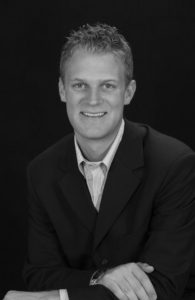 Gutierrez, a former first responder, was hired in 2015 as Regional Tribal Government Liaison for FirstNet Regions I-VIII. Gutierrez’s role is meeting with leaders in Indian Country to explain the benefits of the system and advocate on behalf of tribes and tribal leaders in her assigned regions.

“More often than not, tribal public safety officers are unable to connect with local jurisdictions, lack interoperability among their own entities, and don’t have mobile data terminals in their public safety vehicles,” said Gutierrez. “FirstNet would provide the tribes the ability to be interoperable among themselves and their local partners in response. Having been on the other side as a first responder, I witnessed firsthand the communication struggles. Now, I have the opportunity to affect change – the classroom provided me with the theory and my experience and current position allow me to put it to practice and watch it all come together.”

NPS-CHDS Executive Leaders Program alumnus Charles Murph was hired in 2016 to serve as the lead for FirstNet Region IV, which includes Alabama, Florida, Georgia, Mississippi, Puerto Rico and the U.S. Virgin Islands. Prior to joining the First Responder Network Authority, Murph served as an Assistant Director with the Alabama Law Enforcement Agency where he managed the state’s interoperable communications and strategic technology reserve programs. He has more than 20 years of experience as a first responder and continues to serve in the Monroe County Rescue Squad today. 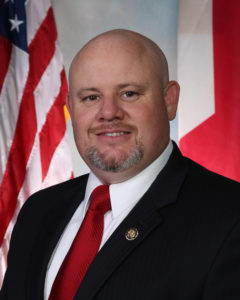 “The convergence of LMR and LTE technologies is bringing a wealth of capabilities to the fingertips of first responders today,” said Murph. “One of my key takeaways from my time at NPS was the diversity in methods used to reach common goals across public safety’s landscape. The NPS curriculum and classroom discussions have brought innovations to homeland security and spawned collaborative conversations on how we approach problem solving in public safety. FirstNet will be the catalyst to spark innovation in the public safety communications sector and it will revolutionize how first responders protect and save lives. I’m proud to be a part of that revolution.”

For NPS-CHDS alumni, working on this effort fuses their passion for public safety, career experience and education.

As Burchnell has traveled the country speaking to various associations and agencies, his CHDS education and years of experience aided in explaining both the technical capabilities as well as what homeland security professionals will get out of this network, Burchnell said. In particular, the Intro to Homeland Security course posed questions that were salient to his career change after more than 25 years of  government service. Additionally, courses like Unconventional Threats to Homeland Security helped Burchnell think beyond traditional approaches to thought leadership and problem solving, and the Technology for Homeland Security course opened his eyes to the potential of technology to solve complex problems and facilitate effective solutions. 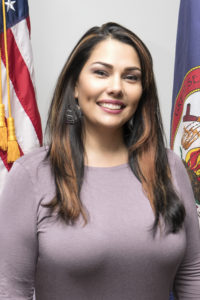 “With communications, the technology is going to change,” he said. “That collaborative spirit of CHDS courses opens your eyes to what the future can hold. It gets me excited about the future of homeland security and what public safety will look like over the next 25 years.”

For Fields-Spack, the career shift represented an opportunity to implement improvements to the public safety landscape. He cited the Technology for Homeland Security course for expanding his appreciation for the promise of future technological capabilities. In many ways, governments and public safety agencies have lagged in embracing high-tech developments, he added.

“From a homeland security perspective, we have been utilizing World War II technology in our communications while living in an iPhone era where teenagers have video chat,” Fields-Spack said. “In public safety, we just don’t have the capabilities to get our eyes on an incident.”

Fields-Spack has lived that kind of conundrum, having responded to the 2012 bombing scene of the mass shooter at a movie theater while he was with the Aurora Fire Department. Hundreds of first responders in the vicinity responded to the emergency call but had no standard operating picture, situational awareness or communications interoperability.

“We had hundreds of fire fighters and police officers converging, but they had no situational awareness and could not communicate with each other,” he said. “There was no cohesion or interoperable communications capability for people to work together. From a public safety perspective, bringing all the agencies under one umbrella is key for us to move forward with the times.”

Burchnell joined AT&T after serving as Executive Director of the Alabama Law Enforcement Agency, which was preceded by a long career with the Florida Highway Patrol that included a stint as Chief Technology Officer. His team serves as a bridge between FirstNet and the public safety community to ensure first responders understand the benefits of and know how to easily use the system. The team members’ professional backgrounds enable them to translate the system’s benefits to public safety between the private and public sector.

“We try to help FirstNet understand what is missing while also helping public safety learn more about what is available to them,” Burchnell said. “Our team helps translate between the private sector and the public sector.”

Now that the states have opted to use the system, the focus is on enlisting individual agencies to subscribe to services, navigating policy hurdles to implementation, and staying abreast of rapidly changing technology. The system was designed to accommodate future innovations, Burchnell noted.

“We’ll be helping public safety keep up with the pace of changing technology and make sure FirstNet meets their needs today – and 25 years from now,” Burchnell said.