Investigating a complex series of arsons and stretched for staffing, Naval Postgraduate School Center for Homeland Defense and Security master’s degree participant Jackie White utilized her class network and some interagency collaboration resulting in successful prosecution of a high-profile case.

White, Captain with Albuquerque Fire Department overseeing its Fire Investigation Division, played a leading role in a case that included her staff, the Albuquerque Police Department and federal partners such as the Alcohol Tobacco and Firearms Bureau, the Federal Bureau of Investigation and the U.S. Attorney’s Office. 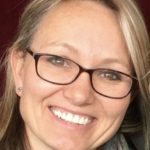 “It was a complex case with a lot of moving parts,” White said. “We had several incidents last fall that at the time we weren’t sure if they were related.”

The blazes had investigators questioning whether the fires were common arsons or politically motivated as sites included four Starbucks, Old Navy, Barnes and Noble, and a development of 34 high-end condominiums with damage totally nearly $14 million. The trend prompted the Albuquerque investigators to seek federal assistance.

“We leveraged our ATF partners, and that offered national response team of 30 investigators and the FBI emergency response team,” White said, “Fire investigations consist of long hours digging and sorting through soot looking for clues of ignition. The large size of condominiums, let alone the other larger commercial structures, was a tall order for only a dozen of our investigators to tackle and the ATF helped to expedite the process by helping AFD complete the investigation in 10 days. With over 90 leads the entire team worked diligently to close the case.”

With the assistance came challenges and White was able to call upon her classmates on insight into working with federal agencies.

“Among the challenges we faced was jurisdictional boundaries; that was challenging for me to navigate,” she recalled. “Where did we fall in the pecking order?”

In October, David A. Hickman of Albuquerque pleaded guilty in federal court to five counts of damaging and destroying buildings used in interstate commerce by fire or explosive.  As part of the plea agreement, Hickman acknowledged igniting arson fires that damaged or destroyed nine businesses engaged in interstate commerce in Albuquerque between Nov. 16 and Nov. 26 of 2016, according to the U.S. Attorney’s Office.

Early in the process all the parties involved met to set the parameters of the investigation. The benefits of studying in the multi-disciplinary CHDS environment became quickly apparent.  Her federal classmates said their agencies focus on customer service. In this case, Albuquerque Fire Department was the customer with the ATF and FBI are meant to support the local efforts­.

“You learn to understand why people think the way they do (by studying at CHDS),” she said. “The frame from which your partners work is important to understand. If you can understand that frame, you can more effectively communicate with people. We are all practitioners, and we all have the same mission. How to get to that goal isn’t always done the same way.”

During her studies, White has applied her CHDS education beyond the daily tasks of her job. During the recent New Mexico state legislative session, she helped develop an advocate for a bill that would have altered state law to allow for state arson charges for wildland fires that do not occur cover certain properties. In addition, it would expand the how estimated loss is calculated and enacted penalties for when first responders are harmed while fighting a blaze. The bill had broad support, but did not complete the state Senate’s committee review process before the end of the term, and White said it would likely be re-filed.

She also led efforts to establish protocols for her department during active shooter situations. That required leveraging buy-in from her chief, management and other stakeholders. The result is that 650 members of the fire department are now trained on their roles during an active shooter event, more than 800 police officers have been trained in first aid and fire trucks are equipped with bulletproof vests and tourniquets. White has also taken the training to elementary schools and private sector stakeholders.

“The biggest missing piece I see is the time it takes, to get somebody on the scene,” she said. “We are trying to bridge that gap by teaching people what to do until we can get to them.”

Courses that have been helpful to her work include the Unconventional Threats to Homeland Security class and its discussion of social identity theory. The Strategic Planning and Budgeting course has been useful as White oversees a pilot Fire Liaison Officer program.

“I truly love learning and I want to help fix things,” White said. “I enjoy the challenge of problem solving, whether it is on an emergency scene, in the firehouse or bridging gaps through policy. Furthering my skill sets to accomplish these tasks by way of my CHDS education is proving to be extremely beneficial.”