Public works is not the first discipline that comes to mind when discussing homeland security, but Naval Postgraduate School Center for Homeland Defense and Security master’s degree alumnus Jason Lappin knows he’s on the front lines making the nation safer.

The 2015 graduate is the Public Works Manager in Los Angeles’ San Gabriel Valley for the city of Covina, previously with the city of Riverside, making him the first from that profession completing the master’s program. 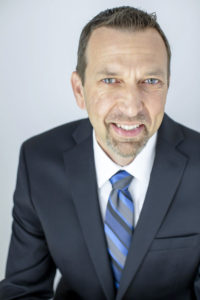 Prior to 9/11, public works professionals could take comfort in, to borrow a cliché, “security through obscurity regarding technology and infrastructure”. With the information age and the Internet of Things, technology now translates into a threat when it comes to critical infrastructure protection.

“I know public works is recognized as an important component of the homeland security enterprise but a lot of people simply equate it to disaster recovery, debris cleanup, mitigation, or restoring electrical power or water services” Lappin said. “I wanted to look forward and examine the technical aspects of public works and how it relates to cyberspace safety and security. I thought that was the untapped area to study within my discipline.”

Water and transportation infrastructure has long been viewed as a prime target, even before the 9/11 attacks. Yet, the field is frequently overshadowed by other trending topics within security discourse. Lappin’s thesis, “Homeland Security Enterprise and Public Works: Improving the Relationship,” researched areas of intersection between the homeland security enterprise and provided recommendations to better the relationship. In particular, Lappin studied three core areas – national preparedness and resilience; cyberspace safety and security; and cyber-physical systems.

• The link between public works to national preparedness and resilience was found to be adequate, but with room for improvement. Noting that the cost of failed infrastructure has been extraordinary through events such as Hurricane Katrina or Superstorm Sandy, Lappin calls for strict financial planning for pre-emptive construction and mitigation projects before catastrophe strikes. With highways playing a key factor in disaster avoidance and response, the thesis recommends tweaks to the federal highways funding program that would give local governments more voice and flexibility. The thesis calls for policies to better utilize and modernize those operations through robust policy akin to the nuclear industry which learned that lesson from the 1979 Three Mile Island nuclear meltdown.

“The HSE needs to fully address and place security regulations on public works’ operations in a similar fashion as the nuclear and power distribution industries have,” Lappin wrote. “It took major disastrous events for sweeping changes to occur, but the potential for disaster should not be ignored.”

• Public works’ and the homeland security enterprise link in the realm of cyber-physical systems was found to be inadequate. Cyber-physical systems include items such as autonomous automobiles and piloting systems driven by computer generated algorithms. In the public works realm, this raised the questions of how would publicly built roads use sensors to accommodate autonomous cars, for example. As these technologies rapidly advance, more research is urgently needed to address potentially unanticipated policy implications.

“Public works is the guardian of infrastructure, and as part of that responsibility needs to be concerned with understanding and implementing strong policies,” Lappin wrote. “The relationship with the HSE can assist in this endeavor.”

Along with the research itself, part of Lappin’s goal throughout the program was to elevate public works into the homeland security discussion, something he finds himself continuously doing daily since graduation. Among the courses he found exceptionally valuable are Technology for Homeland Security, Unconventional Threats to Homeland Security and, as may be expected, Critical Infrastructure Protection.

“For me the overall format of CHDS was certainly intense, but the experience was amazing, indescribable, and completely worth it” he said. “I’m constantly looking back at the course work and some of the methodologies our cohort learned during lessons. I would most definitely recommend anyone who wants to be a change agent in their discipline to apply to this unique life-changing program.”