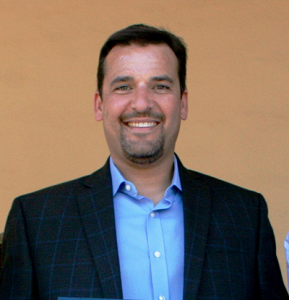 An oil spill that soiled a couple of world-famous beaches in Santa Barbara County resulted in unique homeland security and disaster response challenges that incorporated traditional CHDS concepts from collaboration to crisis management to complex theory.

On May 19 oil leaked from a pipeline into a gully that eventually overflowed into a drainage area leading into the Pacific Ocean. Rocks and beaches were soiled, fisheries closed, culturally sensitive sites endangered and beaches were closed heading into a Memorial Day holiday on one of the most scenic stretches of coast in the world.

More than three months later, recent Executive Leaders Program graduate Ryan Rockabrand continues wading through the muck of bureaucracy left by the Refugio Oil Spill while over-shadowed by the 1969 oil spill off the county’s petroleum-rich shores that is often cited as the birth of the modern environmental movement in the United States and the creation of Earth Day.

“Santa Barbara County is home more than 500 philanthropic and environmental organizations,” said Rockabrand, the County’s Director of the Office of Emergency Management. “The area where the spill entered the ocean is a sensitive one in terms of tribal, archeological and cultural issues and arguably the most active natural seep locations on the planet. You probably couldn’t pick a more troublesome location in the world for an oil spill.”

The privately owned pipeline near Refugio State Beach leaked what was estimated to be about 143,000 gallons, or 3,400 barrels, of oil. The line received oil from onshore processing facilities that had received oil from offshore platforms; the line where the spill occurred transported oil from those onshore facilities to refineries further inland.

Tar balls were found as far away as Los Angeles and neighboring Ventura County and the area’s fervent conservation community was demanding answers and at time taking action into its own hands.

Initial response was a matter of following plans and modifying as needed. One improvisation was establishing the Incident Command Post (ICP) at the County’s Emergency Operations Center (EOC) rather than closer to the actual incident site as is customary.

“We train to use the EOC in response to incidents, but not as a command post,” Rockabrand said. “The EOC traditionally handles facilitation and coordination of information and support resources; typically we are dealing with matters at the policy level.”

What the EOC did have was state-of-the art technology and enough capacity to facilitate up to 350 people on any given day. The well-equipped site proved fortuitous, even if out of the ordinary, as it can sometimes take days just setting up an ICP environment.

“It was one of those command decisions necessary to make early on to ensure an effective and efficient response to an incident. It may not be popular with all stakeholders but it ensures the principles we abide by in emergency management – life safety, incident stabilization and property preservation.” 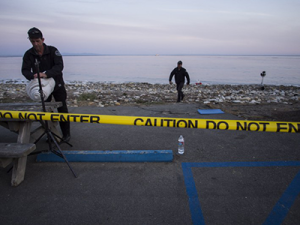 As the response was underway, officials also grappled with competing policies and bureaucratic frameworks. Oil spill cleanup is typically driven by the U.S. Coast Guard under the National Contingency Plan while state and local governments train to standards set forth by the Federal Emergency Management Agency which outlines the National Response Framework.

In this particular incident, the County of Santa Barbara has a memorandum of understanding with the State of California which provides authority to the Office of Emergency Management to serve as Local On-Scene Coordinator (LOSC) in Unified Command when responding to spills. Additional assorted agencies from the Environmental Protection Administration to the Department of California Fish and Wildlife were also included. The mission involved coordinating 62 different government agencies and 54 contract agencies while about 1,500 people were working in the field conducting pipeline repair and investigations, water skimming operations and most significantly 96 miles of shoreline cleanup efforts.

“What makes this response effort unique is that, by law local government has an active seat at the table in Unified Command. This was one of the most difficult issues faced during the Deepwater Horizon incident and although our efforts included new challenges, there has certainly been some tremendous hurdles bypassed having a voice,” Rockabrand said.
To understand the magnitude of such an event, a look at Santa Barbara history and milieu is helpful. The 1969 spill galvanized a fledgling environmental movement and even set into motion a decades-long effort to establish to the north the Monterey Bay National Marine Sanctuary, where drilling is prohibited. Compounding the environmental ethos is sensitivity to tribal residents and archeological areas as well as politicians from local on up to federal who want up-to-date and reliable information.

“We had a challenging task in the sense of dealing with a variety of stakeholders,” said Robert Troy, Deputy Director of the Santa Barbara County OEM. “One person serving as a LOSC would not have been able to effectively engage with Unified Command and also communicate and coordinate with all interested parties. We found we needed to have a deputy coordinator for sustainability and continuity.”

With two destination beaches closed, a robust volunteer corps that would normally be a welcomed part of a recovery instead posed policy challenges. Home Depot donated some 2,000 sand buckets and another chain, Orchard Supply Hardware, followed suit later. The first day of the cleanup saw concerned residents flocking to help. The problem was the potential impact those sometimes untrained volunteers would have on tribal and archeological sites, and what they would do with the contaminated sand once they removed it from the beach.

“I can’t articulate enough the political interests with this incident,” Rockabrand noted. “We had to augment our Joint Information Center with an Intergovernmental Affairs Group to ensure elected officials at all levels of government, from the locals to the D.C .beltway, were getting a consistent message.”

The relationships formed in the ELP course proved invaluable during the response.

“I had a Coast Guard captain who I was able to lean on and ask questions, there were a number of law enforcement and intelligence representatives I tapped into to deal with protesters and death threats against the responsible party,” Rockabrand said. “I was able to learn of best practices from experts on pipeline operations, investigation methods and working within the political landscape.”

Moreover, the incident encompassed many of the key concepts discussed and debated during the ELP.

“This incident embodied complexity theory as financial ramifications, business, cultural, environmental, political and public safety issues all converged. Debating and discussing strategies with students from varied disciplines was greatly appreciated and building a network of confidants who can all rely on one another in the future,” he added.