But some origins of the border crisis lie far away, in the Central and South American countries, among others, where the migrants are coming from, and it is there the issue must truly be addressed. 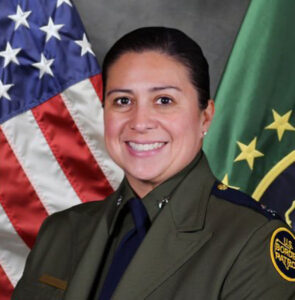 CHDS strategic communications director Heather Issvoran welcomed those attending the event and introduced the border issue experts, while noting that there won’t be a July Alumni Hour event and the next event will be held Sept. 1 and be extended to a two-hour session from 11 a.m. to 1 p.m. PST to commemorate the 20th anniversary of 9/11.

Chavez, who has served in the U.S. Border Patrol for 26 years and under five different presidential administrations, kicked off the discussion by describing the current situation at the southern border. She said “it is a very busy border situation that Border Patrol Agents are dealing with today, especially those agents that work in the Rio Grande Valley of South Texas and Del Río, TX.”

CBP has documented a “huge increase” since October last year comprised of single adults, families, and unaccompanied migrant children crossing the border in the region stretching from South Texas to Del Rio to El Paso in Texas and then to Tucson in Arizona and on to California.

According to Chavez, a few months back this year, CBP was “completely overwhelmed” in its efforts to process and transfer out of CBP custody the hundreds of thousands of families and children since the beginning of the fiscal year. Since October to date, 130,000 people in the West Texas and New Mexico region have been encountered and an average of 800 people are being apprehended per day.

While there is a marked increase in family units and children, Chavez said that for El Paso Sector most of the minors crossing the border are aged 13-17, though single adults still represent the leading demographic among the border crosser groups.

Chavez said Mexico, Guatemala, Ecuador, Honduras, and Cuba represent the top countries and nationalities being encountered in her region. However, she noted, in a year’s time Border Patrol agents have arrested people migrating to the United States from 49 different “sending” countries. Chief Chavez added that Border Patrol agents in El Paso Sector are also apprehending migrants from other countries such as Haiti, Turkey, and Venezuela. This migration phenomena underscores the global nature of the issue.

Transnational criminal organizations (TCOs) conducting human smuggling activity are leading the surge, Chavez said, but she also added that migrants fleeing failing countries in Central and South America such as Honduras and Guatemala, and more recently Venezuela, and elsewhere, are experiencing deadly violence and economic pressures, and these migrants see an opportunity to migrate under the current (Biden) administration while the previous (Trump) administration had more restrictive policies in place.

According to Chavez, the issue of unaccompanied children being encountered at the border has remained persistent since the first surge of unaccompanied children in 2014. In her experience, Chief Chavez shared that it seems the U.S. tends to most often react to address the immediate issue at hand related to migration surges but has not over the years invested the time and effort for a long-term solution.

CBP has said “from the beginning” that unaccompanied children do not belong in its facilities, Chavez said, adding that federal Health and Human Services has been unable to handle the scale of the temporary housing issue since at least 2014 which then leads to unaccompanied children remaining in CBP facilities for longer than the 72-hour legal limit.

She said that just in March 2021, her Central Processing Center in El Paso, was at capacity with over 1,200 migrants in temporary holding, of which 800-plus were unaccompanied children. In recent weeks, FEMA officials working with HHS have stepped in to provide temporary facilities at locations spread throughout the nation. But Chavez said that means FEMA has started absorbing the criticism previously aimed at CBP while the issue of establishing a national policy as it relates to the migration of unaccompanied children has remained unresolved.

“We need a national immigration policy so it’s a more efficient process for people migrating to the United States,” Chavez said. “We’ve had a lot of visitors from DHS, many from Congress and some from the White House. We will continue to inform and educate all of those visiting our border so that there is awareness and understanding by policy makers of our complex border situation.” 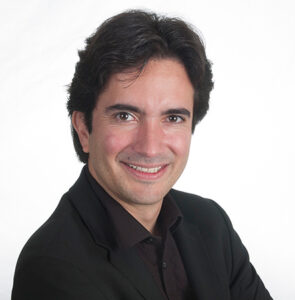 Dr. Nieto noted that CBP and other law enforcement agencies act like “lightning rods” for policy failures that actually have little to do with law enforcement, and happen beyond the borderlands.

Nieto said the situation at the southern border is part of a global-scale forced migration movement at as scale not seen since World War II, creating pressure on the refugee and asylum system of the U.S. and the world.

Overall, he said, apprehensions along the border are not near historical highs seen in the 1990s, but the major shift has been a “dramatic” increase in families migrating instead of farmworkers and other laborers, and a change from a largely underground flow of economic migrants to the most visible flow of refugee and asylum seekers.

Dr. Nieto noted that migration over the southern border historically sees seasonal spikes during the spring months from March to May, but policymakers are always surprised by the increase and caught unprepared to deal with it.

Another shift, he said, is the Mexican “exodus” is over and Mexico is no longer a “sending” country but a “buffer” nation for migrants from Central and South America, and other countries.

Central America, he said, is in a “state of collapse” but there is relatively little awareness in the U.S. about the scale of the problem. He asked those attending the Alumni Hour event who was aware of what was happening in Nicaragua, calling President Daniel Ortega’s crackdown on political opposition including arrests of presidential candidates a “reverse coup d’etat” that is an important story for the region but largely ignored in the U.S. where Americans are “completely clueless” about the developments in that country. Americans, he said, don’t have the “luxury of ignorance” if the border and migration issue is to be understood and addressed.

Dr. Nieto said the Trump administration’s “remain in Mexico” policy didn’t stop migration, it just built up the pressure on the border, “bottling” those migrants in refugee camps within the Mexican territory. He said the U.S. is not the first rich nation of the Global North to use a third country as a buffer, but the problem is the U.S. is essentially betting on Mexico’s capacity to handle the issue itself. “Outsourcing” immigration policy simply deflects the issue, and eventually the “pressure cooker explodes,” he said. Instead, he said the U.S. needs an “evidence-based” border policy.

The impact of sending countries’ conditions on migration to the U.S. is “not a difficult question,” Dr. Nieto said, noting that the proliferation of violence, economic stress, street crime and gangs, political instability, and extreme weather conditions as a result of climate change are all driving factors that need to be considered.

Studies, he said, have shown “no correlation” between border security deployments and migration rates, which are largely influenced by natality and birth rates, increased access to jobs and education, and the like.

His argument was that the United States would benefit from investing in poverty reduction programs and in reducing crime in Central America, noting that nearly everybody he talked to in migrant camps in Mexico had family members killed by gangs.

The goal, Dr. Nieto said, should be a decrease in violence, an increase in good governance, and a decrease in street crime. “We don’t have to reinvent the wheel,” he said.

“People don’t migrate from Costa Rica,” he said, pointing to a Central American country seen as relatively stable despite a recent rise in organized crime. “We need more Costa Rica and less Honduras.”

Vice President Kamala Harris’ trip to Central America and Mexico was “meaningful,” Dr. Nieto said, because it was an attempt at re-establishing dialogue on issues that had been dormant under the previous administration. Conversely, he said, “aggressive posturing” against Mexican and Central American nationals “has consequences” such as the level of cooperation with the U.S. on regional issues including organized crime.

Meanwhile, Dr. Nieto said the U.S. has the capacity to accept “many more” refugees from Central and South America and, if we decided to do so, it should be done by avoiding the creation of an underclass. This means offering refugees a path to full citizenship and all its benefits, and creating programs to “set them up for success,” including education, job training and other mechanisms to support their insertion.

Chavez said she agreed that the focus on the southwest border of the United States is super important for the vitality of our country. However, it is a later phase of a more holistic migration issue and that just as important is to evaluate and assess migrants’ countries as the point of origin, arguing that migrants generally prefer to stay home but conditions there or other reasons force them to flee.

Chief Chavez also added that the value of partnering with Mexico is that it currently is and will always be a transient country for those aiming to go further north, just simply due to Mexico’s location south of the U.S.

She said the Biden administration’s initiative to invest in sending countries is “appropriate,” noting that CBP has a strong foreign presence and is working with the Biden administration State Department on economic investment in those nations, and the administration has also moved to embed CBP personnel in countries as attaches or border security advisors in an attempt to help with migration issues, including planning and training while those countries remain in charge of enforcement.

“We have to have foreign aid and investment in underdeveloped nations and equally strengthen Mexico, as we have a shared border, to be able to effectively address migration surges,” Chavez said.

At the same time, Chief Chavez stressed the need and importance of sustaining the critical investment for technology, personnel, and infrastructure at the southwest border for the U.S. Border Patrol and described the approach as part of a “package deal.”

Noting that the Trump administration focused on border infrastructure including building a barrier in strategic locations where the depth of intrusion is small and the risk for evading arrest is high along the border; and the Biden administration is more focused on using technology at the border, Chavez said infrastructure such as different types of border barrier is a key “tool” in the border security toolbox that keeps Border Patrol Agents safe and it allows them to manage the flow of people more effectively.

Asked about Texas Gov. Greg Abbott’s initiative to build barriers in border “gaps” on state and private land, as well as other states sending law enforcement to help Texas with its border issues, Chavez said she had not been formally briefed on the issue and noted that the federal government rarely assumes a role or responsibility related to a state level initiative, or in this case, a state border barrier initiative.